Articles in this section

Modifiers allow items to have different adjustments. For example, a base item like Coffee can have modifications like Flavors (Vanilla, Mocha, or Caramel) or Cup Size (Small, Medium, or Large). This guide will explain how to make Modifiers and Modifier Groups.

We can breakdown Modifiers into Modifiers and Modifier Groups.

Example of a Modifier and Modifier Group

In the above example, one of the Modifier Groups is Additional Topping, and its Modifiers are Onion, Lettuce, Tomato, Cheese, and Bacon. 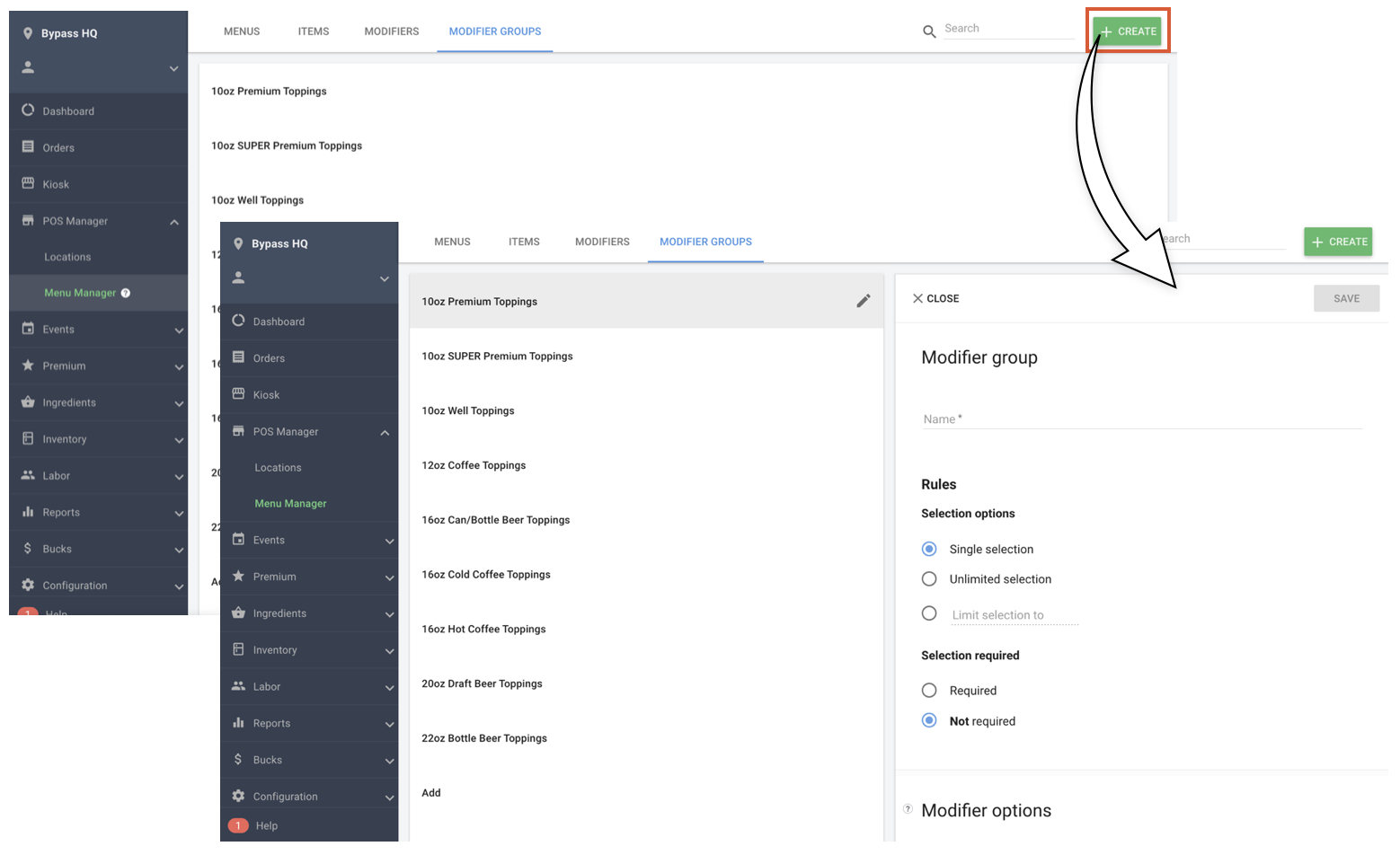 Modifier Groups have the following details:

Selection required adjusts whether the modifier must be selected to continue the order. 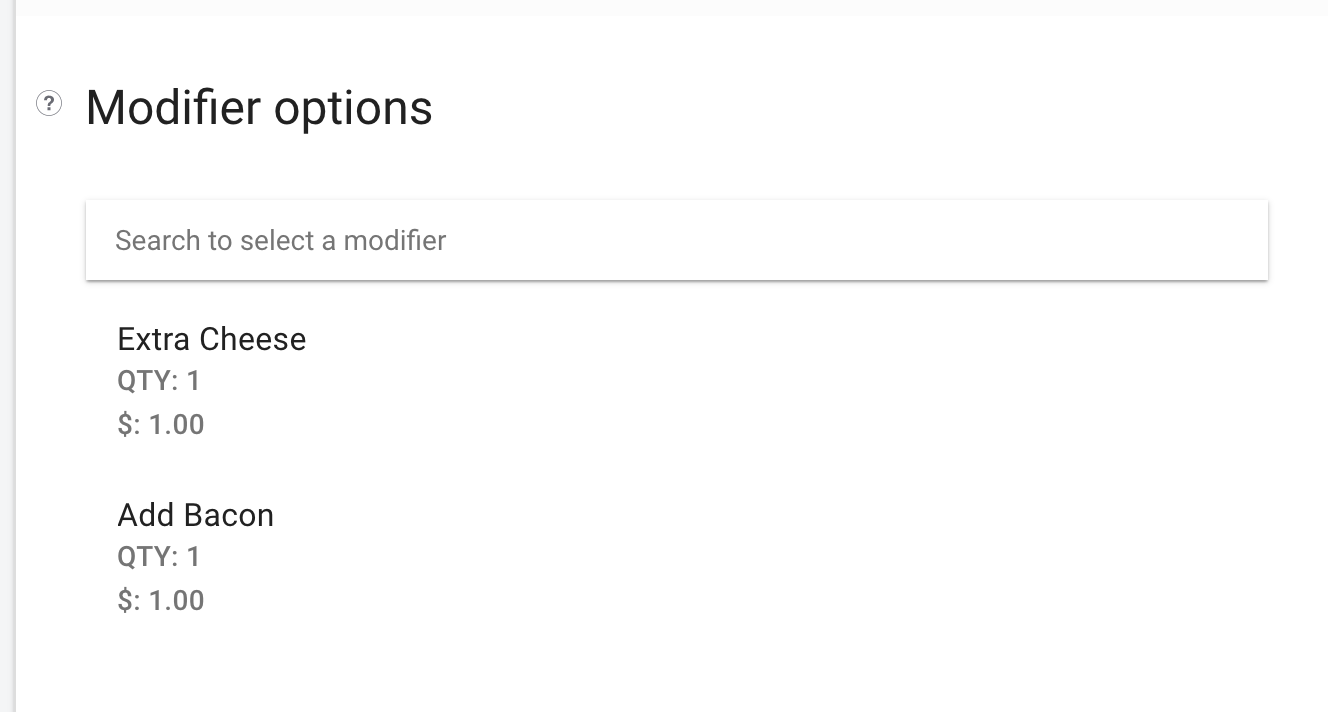 If the Modifier already exists then it will appear as you type the name (Example on the left) but if it does not exist then you can create it right in the search bar (Example on the right). 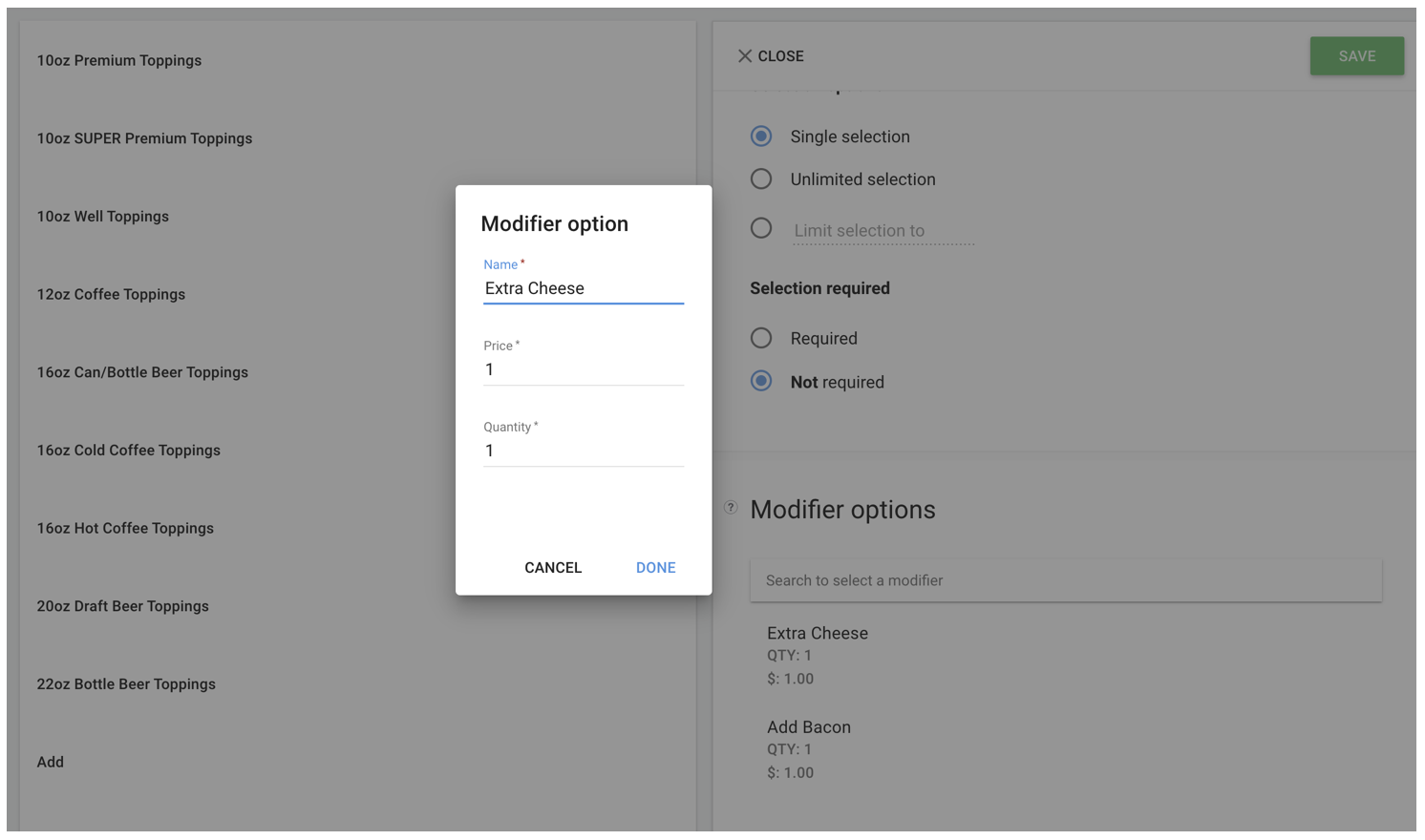 When adding a Modifier to a Modifier Group a prompt will ask for the following:

Modifiers are the options that can enhance an item. If you are new to Clover Sport and have not made a Modifier Group yet we recommend reading the first part of this article. 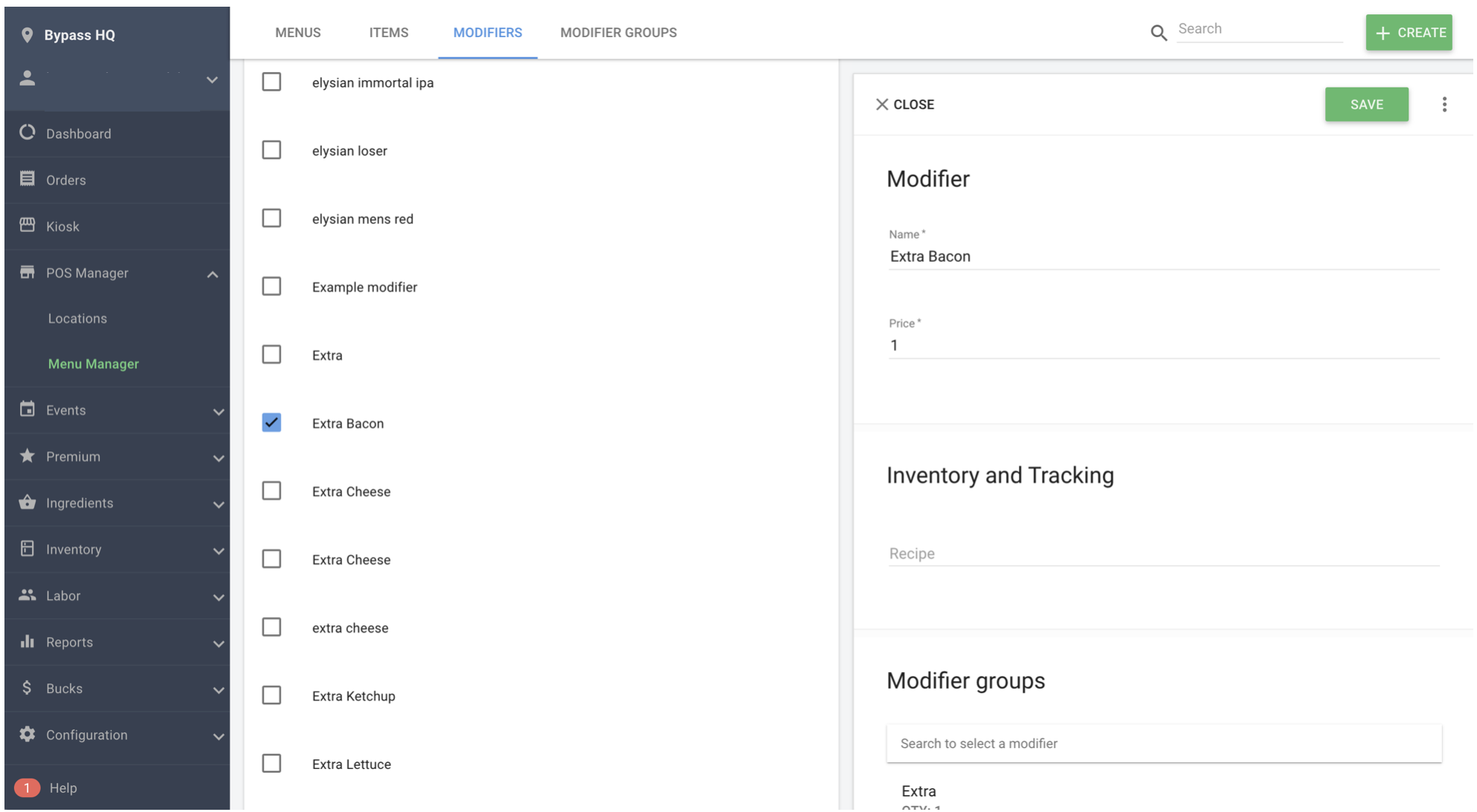 Modifiers have the following details:

Ordering Modifiers on the Terminal Screen

You may want to set up your modifiers so that they display in a specific, logical order on the terminal screen. For example, "Small, Medium, Large" instead of "Large, Small, Medium."

In order to control the order of the modifiers follow these steps:

3. Add the remaining Modifiers in the order you want them to appear on the register.

5. Ensure that you have attached the Modifier Group to the designated Menu Item.